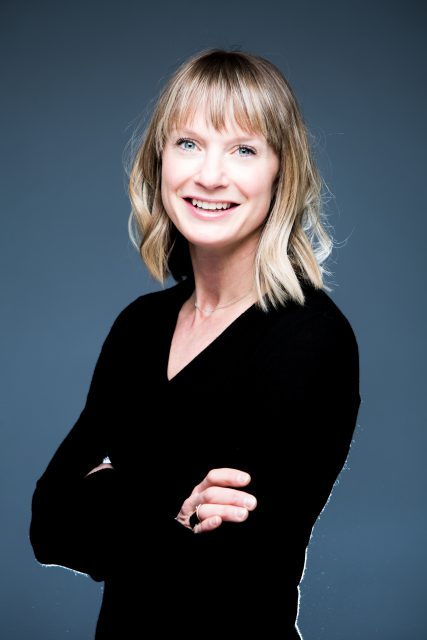 Carrie Jokiel is the President of ChemTrack Alaska, Inc. a small, 8(a) Alaskan-woman owned environmental and construction services business that has been in operation since 1973.  ChemTrack was recently a recipient of the 2019 SBA Woman Owned Small Business of the Year for Alaska and 2019 United States Senate Small Business of the Week.  Carrie is also the Managing Member of ChemTrack/Cornerstone JV, LLC.  ChemTrack/Cornerstone is a construction focused joint venture that is in the All Small Mentor Protégé Program (ASMPP) with the SBA.

Carrie attended the University of New Hampshire (UNH) on an ice hockey scholarship.  During her time there she received a Bachelor of Science in Kinesiology, won a national championship and captained her team her junior and senior year.

After graduating she worked for NBC Sports in New York City and was hired to work the 2002 Winter Olympics in Salt Lake City.  Upon returning home to Anchorage, she worked at the local sports arena and finished her Masters of Business Administration (MBA) from the University of Alaska Anchorage (UAA).  She then began working at ChemTrack and finished her Masters of Science in Project Management (MSPM), also from UAA.

Carrie is active on the Associated General Contractors (AGC) Board of Directors.  She is a mentor for the Women’s Power League of Alaska, a new nonprofit seeking to champion future and existing leaders in the 49th state through mentorship, professional development and community building. Carrie was a board member of the YWCA Alaska where she served as Board President for two years. She is also a member of Women Impacting Public Policy (WIPP), the Society of American Military Engineers (SAME), the National Contract Management Association (NCMA) as well as an Ambassador for Women’s Ice Hockey in the Fast and Female International Program.   In 2018, Carrie was awarded Enterprising Women of the Year Award for her company’s revenue category. In 2016, she was inducted into the Sports Hall of Fame at the University of New Hampshire and in 2014 was named one of Alaska’s Top Forty Under 40.

Carrie was born and raised in Anchorage, Alaska, is still active in the hockey community by playing and coaching. She enjoys spending as much time as possible in Girdwood skiing, running and enjoying the mountain town lifestyle.  Most importantly she is the proud mom of a eleven-year-old little lady named Will, inspired by her incredibly strong German Oma, Wilhelmina.