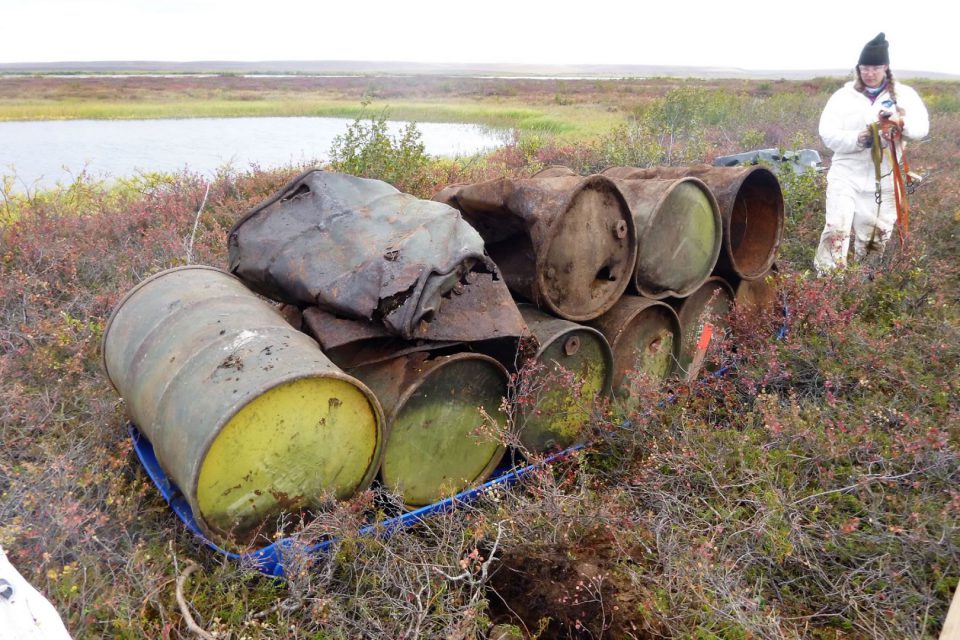 The removal action was conducted primarily at the Umiat Drum Mound project site consisting of a soil mound with buried drums located about 1,000 feet east of Umiat Lake. Removal actions included locating and removing 35 drums identified at or near the Drum Mound and removing 1.36 tons of petroleum-contaminated soil (PCS), 85 gallons of petroleum-contaminated water, and 1.66 tons of empty drums and scrap metal associated with the Drum Mound. Nine of the 35 drums removed were located on the ground surface outside of the immediate Drum Mound area.

PCS associated with the Drum Mound was identified, characterized, and removed to the extent practical. Field activities also included the collection of confirmation soil samples to characterize final site conditions in excavated areas and beneath drums found on the ground surface.

Removed drums, contaminated soil, and recovered fuel (mixed with water) were transported from the site by tracked vehicle and temporarily staged near the Ukpeagvik Iñupiat Corporation (UIC) Camp, pending waste characterization results. The drums were then cut and palletized with the segregated scrap metal and transported to Fairbanks for recycling. PCS and recovered fuel were sampled and determined to be suitable for transport and disposal by incineration at Organic Incineration Technologies in Fairbanks. 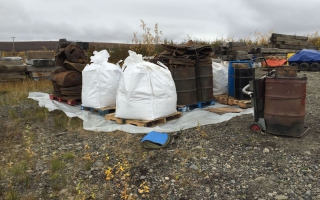 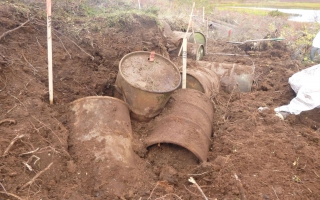 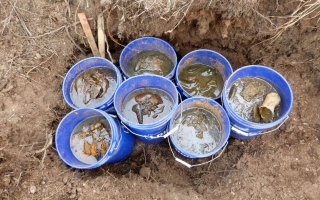 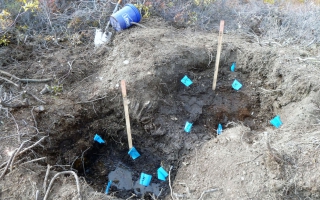 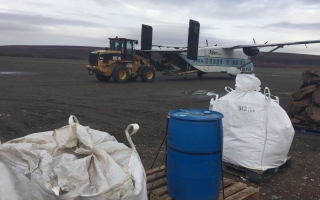