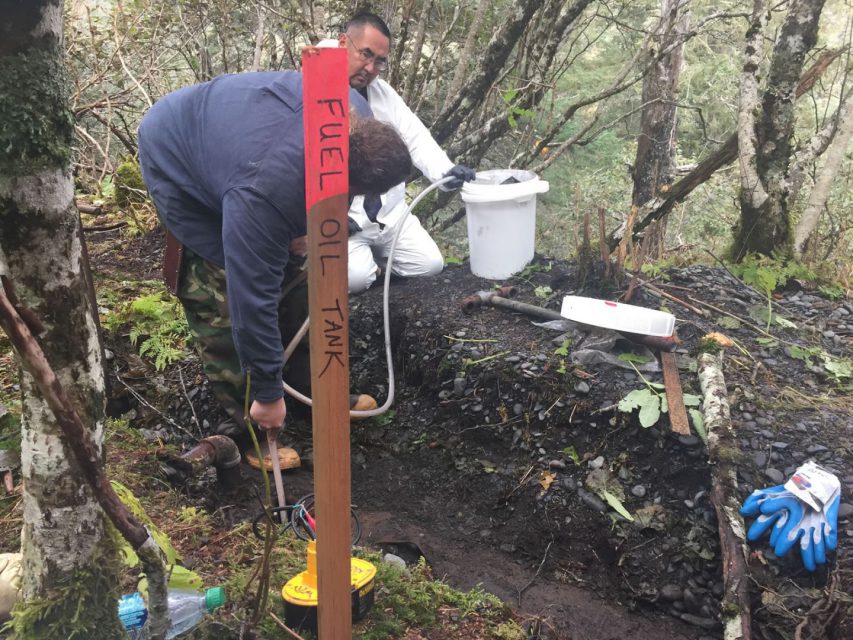 During a 2015 sampling event conducted by USACE, the soil underneath the two diesel tanks were analyzed and determined to be clean.  Furthermore, there were no indications during any of the site investigations that the diesel tanks had been leaking. Because access to the Rocky Point USTs was limited, removing the tanks from the site was not a viable option. With the approval of ADNR and ADEC, the tanks were made inert in-place using polyurethane foam (PUF).  After the excess PUF was applied to the tops of the water and diesel USTs, all three tanks were covered with approximately 3 to 5 inches of available fill material. The material consisted of mixed soil, gravel, and rocks that had previously been removed from above the USTs. The fill material was tamped down using shovels and manually compacted. Using the shovels, the areas were graded to promote natural drainage and prevent ponding on top of the covered tanks. The site was returned to pre-existing conditions to the extent possible. 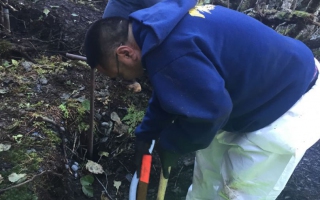 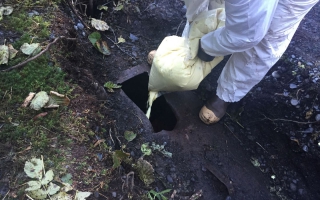 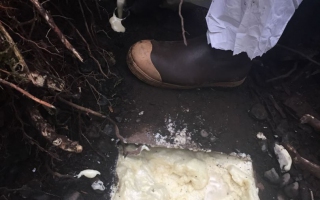 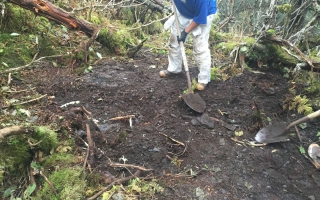