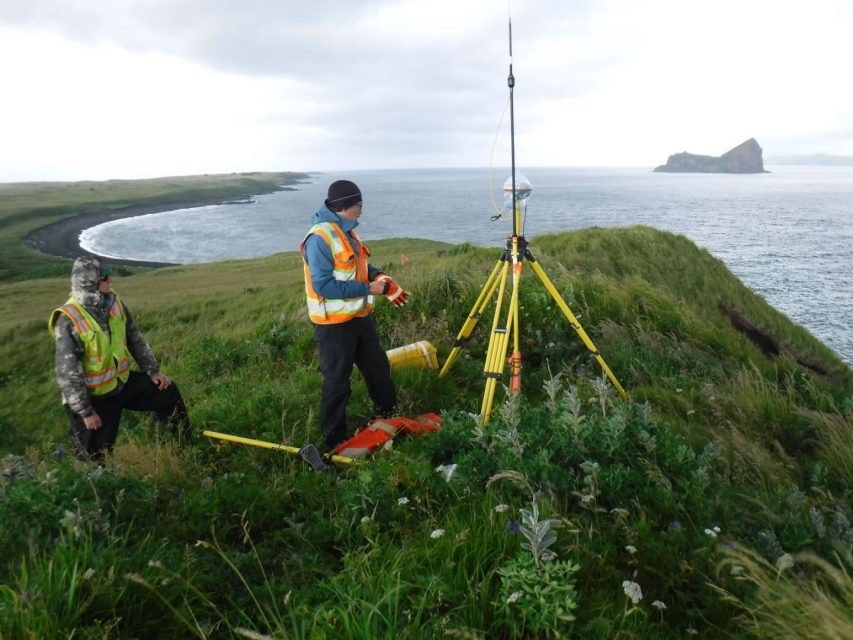 ChemTrack provided overall management of the project. The general objective of the Fort Glenn FUDS reconnaissance project was to perform a site reconnaissance and logistical evaluation of the Fort Glenn FUDS located on Umnak Island.  The main purpose of this work was to document current site conditions for potential future removal actions.  Accessible project areas were inspected and evaluated for barge landing areas, air strips, remote camp locations, drinking water sources, and site access trails/roads that may be used during a containerized hazardous, toxic, and radioactive waste (CON/HTRW) removal action or future HTRW remedial investigations.  Reconnaissance efforts included an inventory of miscellaneous site features and an investigation of the following CON/HTRW sites:

·         Tanks with pipelines and pumping stations

In addition, other FUDS-eligible site features, such as any CON/HTRW, landfill or areas where hazardous substances were located, or areas with visible or suspected environmental impacts, were assessed and documented.  Archaeological monitoring, surveys, and evaluations were performed as necessary.  A report documenting the field activities and associated results in accordance with the TO statement of work (SOW) and ADEC requirements is to be generated.

The majority of the population of Umnak lives on the other side of where our work was being performed. We reached out to the seasonally inhabited organic cattle farm ranch.  The ranch employs two people when they are doing a slaughter.  We hired a supervisor that is a shareholder of one of the landowners.  The barge company’s captain we chose to use was from Nikolksi, which is the other side of the Island. We reached out to the local community and made these hiring decisions in order to utilize as many local resources as we could with the added benefit of their knowledge of travel, weather patterns, and geography. 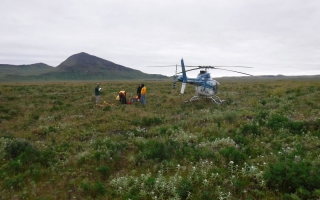 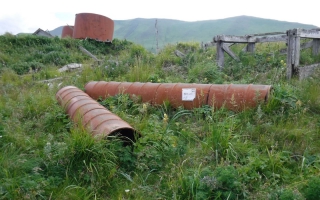 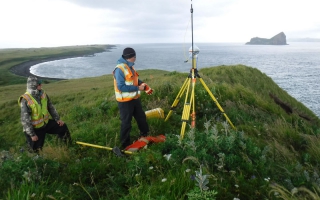 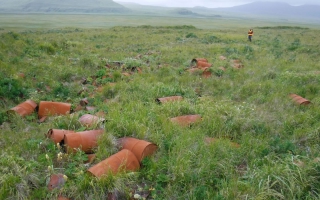 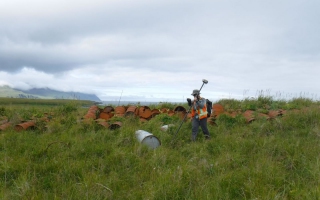 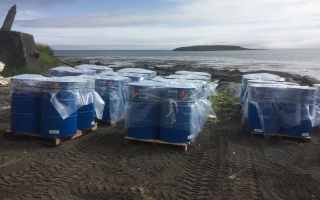